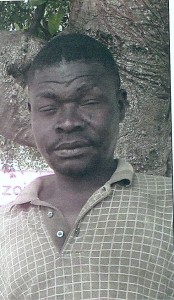 George Nyandoro’s life has changed since he encountered two of our trustees back in November 2006.  He is one of a group of youths who came out and argued with Shirley Barter and Beccy Chaplin as they attempted to take photographs at the rubbish dump site where he lived.  Many people come and offer false hope he complained- so leave us alone!  He has been abandoned to live in the squaller of this dump for the past 16 years until that day when we pledged we would not forget his community.  A friendship was made and following this visit we set to work raising funds to rent the houses and initially get some of these guys a roof over their heads and food.  Also basic medical help was necessary.  George was housed in one of our rental houses shortly after.

In August 2007 Paul Barter raised some capital to be used to help with an education programme, some of this money was used to set some of the older youths up in small business’ to make a living.  This was their ‘dream’.  George was assisted in participating in a small shop and is now has a small income for first time.  In January 2009 we received a letter from George written in pigeon english as follows:

Dear supporter, my name is George Nyandoro. I am 27 years old my hobbies are playing football.  Thank you so much for bringing a change in my life.  May God richly bless you.During our visit in 2009 we saw George working in his small shop.  He also assisted us back to the dump where he now encourages many of the other younger boys. 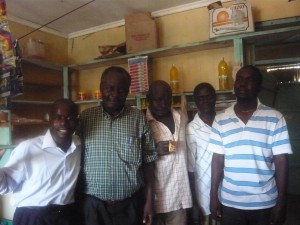