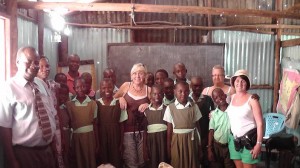 We visited the primary school in November 2012 and took Carole Bright, one of our volunteers from Asante, Chandlers Ford with us (pictured right in the photo.  The Life Centre school is doing very well, they have now taken the national exams and  came tenth out of twenty seven.  This is an amazing result, some of our pupils were in the top ten of subjects for our area.  For a slum school in such cramped conditions as ours, this was an amazing result.  Many people were under the impression we were a private school and much bigger than we are, they were shocked to discover we are situated in the slum region.

One of our brightest pupils, Janet, came third overall in maths for our entire sector which is made up of 27 other schools, many private! 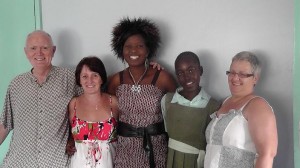 Since we now need two further classrooms we have been searching for more premises.  We have now rented an amazing house (with a kitchen and toilets!!) and grounds just outside the slum (about ten minutes away-pictured with Paul).  Here we have now built for January 2013 term start, three new nursery classes where Baby, Middle and Final classes will take place.  There is a good sized playing area and grass for the under five’s.  This means we currently send more money but we are hoping this will become self sufficient within a year as nursery schooling of this calibre can attract fee-paying pupils.  Last years graduation ceremony took place in the grounds of this new site which was again a real step-up in terms of facilities. 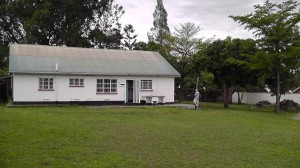 The Asante Coffee Shops generate enough money to supply the current primary and nursery schools with food, uniforms and now qualified teaching staff who have been able to put Life Centre on to the official register for achievement.

We would like to thank everyone who has made this dream come true for so many!  We’ll keep you posted on the progress in 2013.